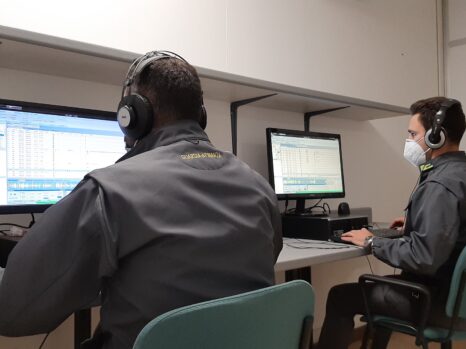 Parade season. Chinese President Xi Jinping brought the martial pageantry for another military parade on Sunday, this time commemorating the People’s Liberation Army’s (PLA) 90th birthday. Xi, who showed up in camouflage fatigues, used the occasion to tout his leadership and the need for absolute loyalty to China’s ruling party. The PLA’s also showed off the DF-31AG road-mobile ballistic missile for the first time, a system capable of delivering nuclear warheads. (…) Xi called on the PLA to transform into an elite military force capable of repelling China’s enemies and ensuring world peace. “Today, we are closer to the goal of the great rejuvenation of the Chinese nation than any other time in history, and we need to build a strong people’s military more than any other time in history,” Xi remarked in his address. Xi emphasized that the PLA must “unswervingly” obey and support the Communist Party of China (CPC). “Always listen to and follow the party’s orders, and march to wherever the party points,” he said. The parade was the first of its type since the September 2015 parade to commemorate the 70th anniversary of the end of the Second World War. At that parade, Xi announced a reduction of 300,000 troops and other high-level organizational changes to the PLA. At Sunday’s parade, Xi did not make any major policy pronouncements related to the PLA’s organization.