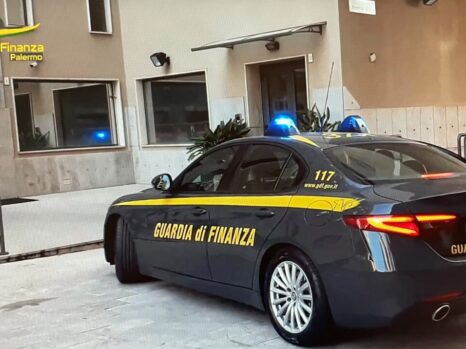 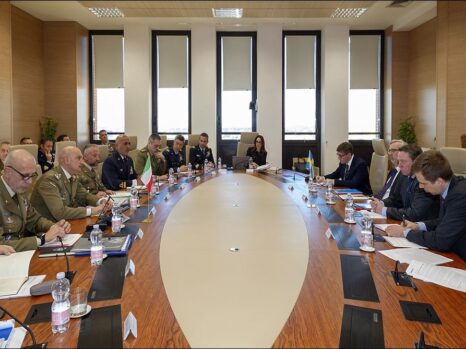 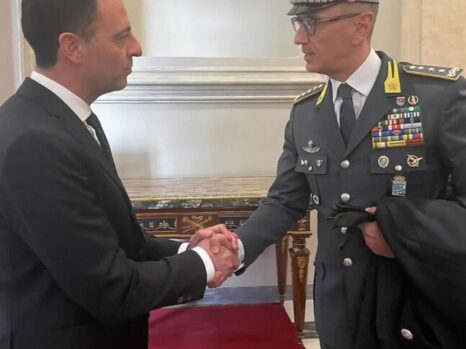 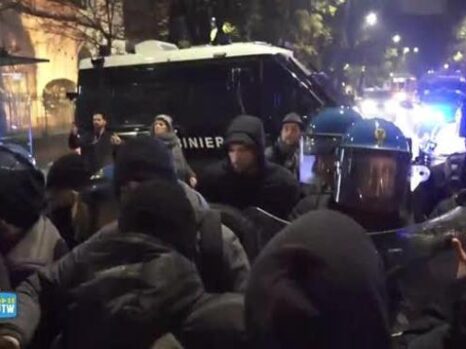 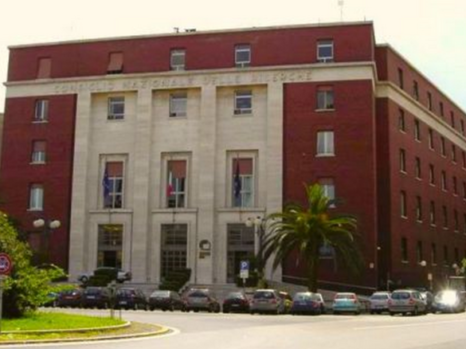 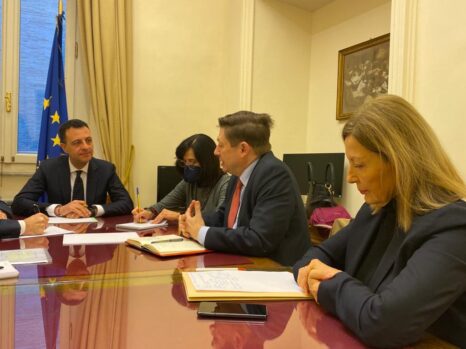 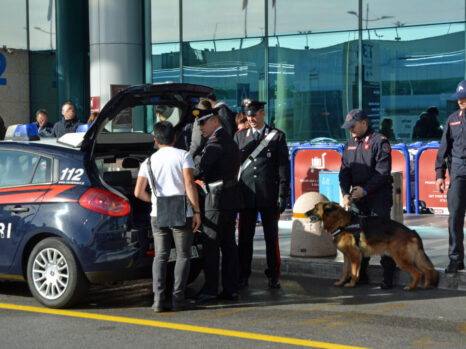 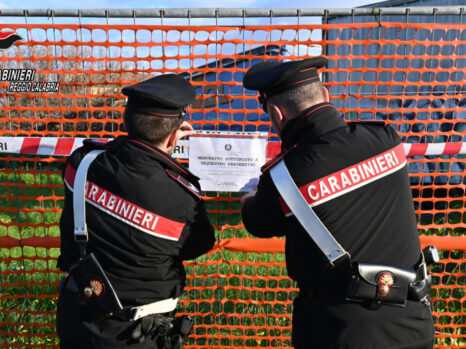 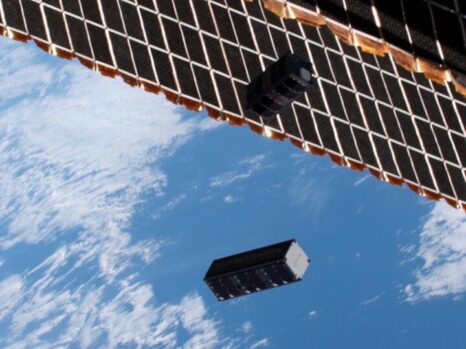 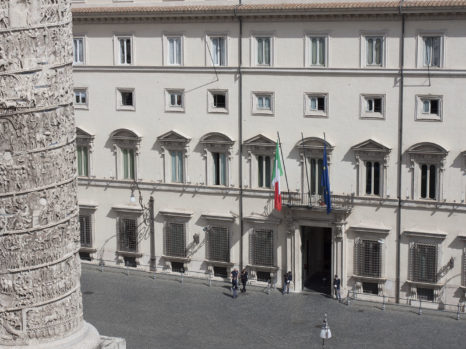 Pristina. The icebreaker for all infantry units deployed to Kosovo with the NATO-led operation KFOR is the “firephobia” training, a must do to allow soldiers to familiarize themselves with crowd and riot control techniques.

Molotov cocktails are thrown at platoons wearing full protective gears in order to simulate the most demanding circumstances that may occur in a violent demonstration.

Soldiers learn how to manage stress caused by fire and how to run through real flames, under the vigilant eyes of their trainers, who carry fire extinguishers and are ready to intervene. 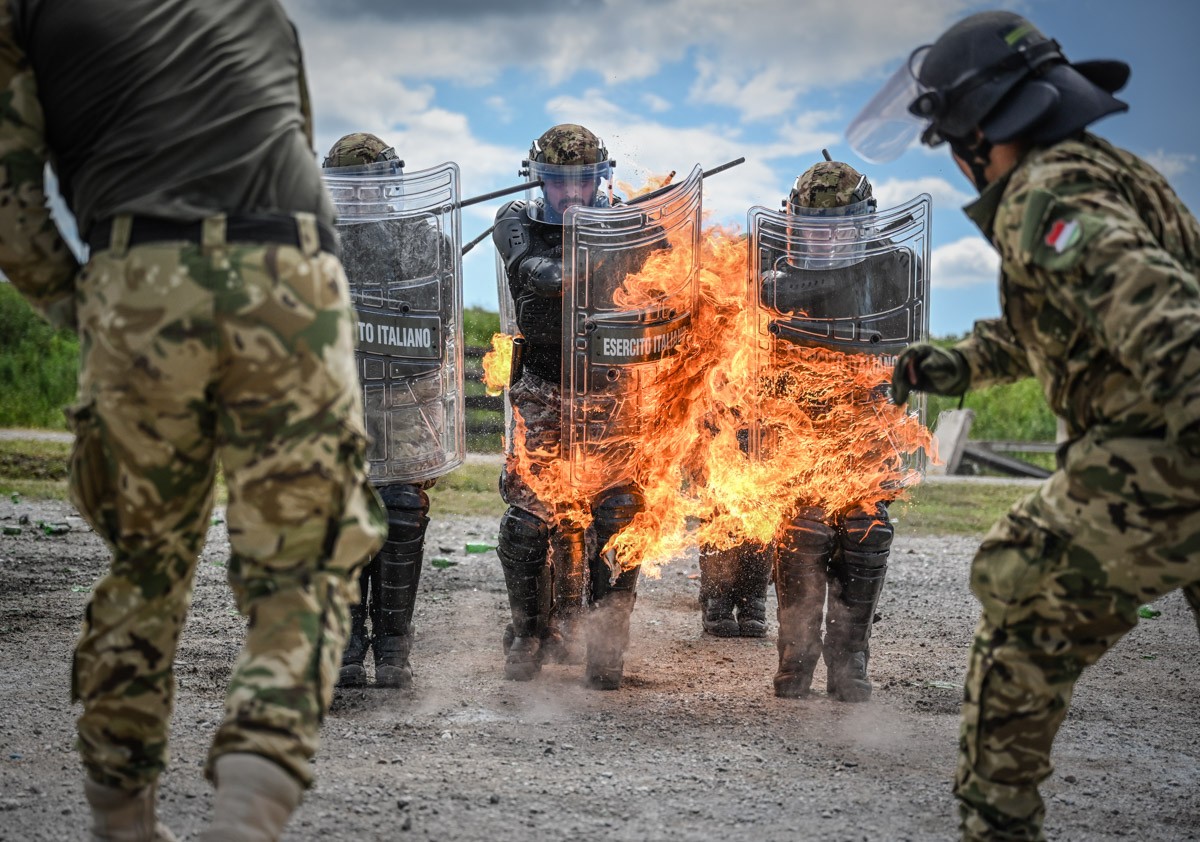 Italian artillerymen of the 5th regiment along with Moldovan fellow soldiers, who just deployed in Western Kosovo, underwent the latest firephobia session at Camp Novo Selo, home to the Hungarian-led reserve battalion and hub for KFOR exercises focusing on freedom of movement and crowd & riot control.

Such complex and very realistic simulations also involve Improvised Explosive Devices Disposal teams, military working dogs, and heavy tanks to clear obstacles to the passage of troops. Freedom of movement is actually one of the key tasks of KFOR, along with the contribution to safety and security for all communities of Kosovo, which is the necessary pre-condition for the dialogue between Belgrade and Pristina, promoted by the European Union and supported by NATO.

All KFOR manoeuver units are continuously training to keep a high degree of readiness and responsiveness as third security responders in case of need, after the Kosovo Police and the European Union Mission EULEX. 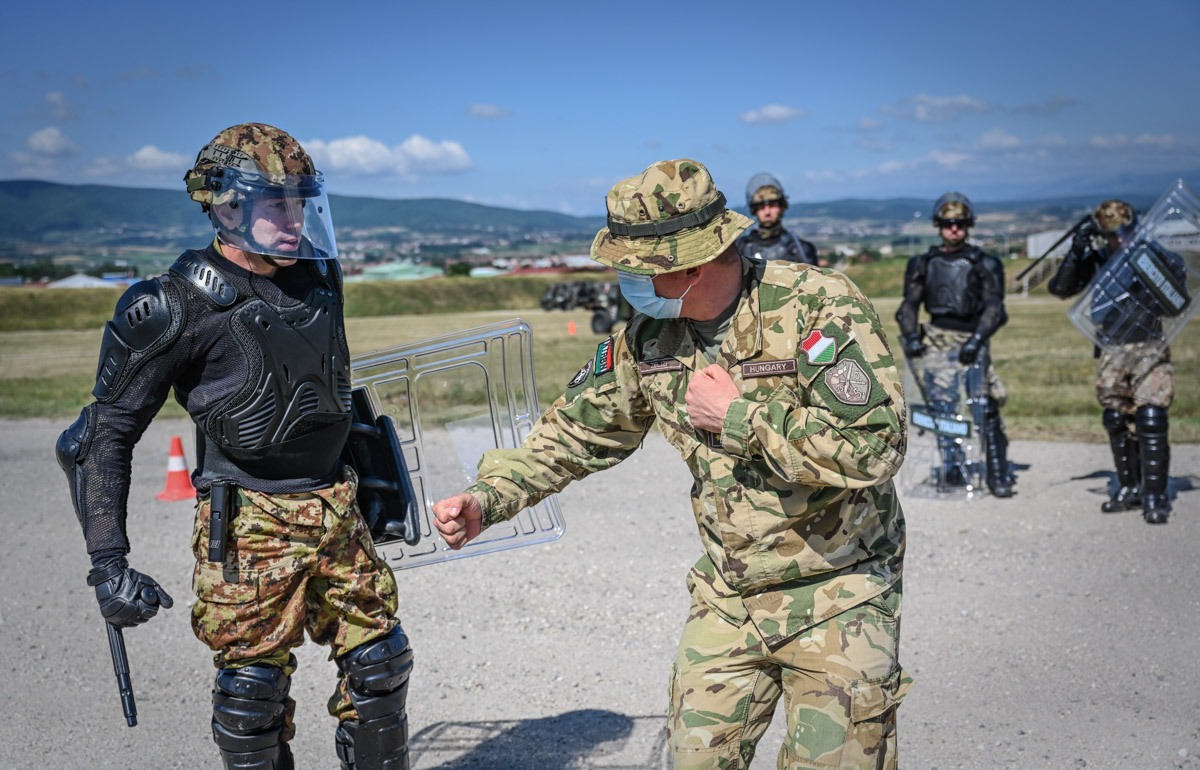 Twenty-seven nations (20 Allies and 7 partners) are currently contributing to the NATO operation in Kosovo with 3,400 soldiers, commanded by Major General Michele Risi of the Italian Army. 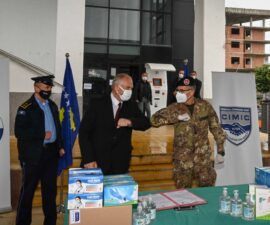 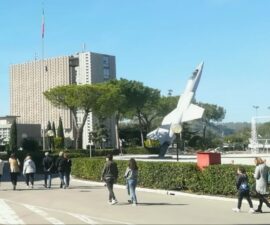 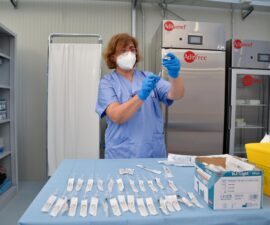